Two selections of work from my new, upcoming series, titled "Relics" are now on display at the Oliver Art Center, located in Frankfort, MI.

This series expands on some of the abstract concepts of my "Rhythm" series, but injects elements of poetry, geometry and symbolism to produce works that are more emotive and mysterious in nature.  They are, in a sense, less abstract and more thematically literal.

More of these are in the works, and will appear on the site at a later date.

All of that said, the exhibition itself features works of area artists, including painting, photography, sculpture and mixed media.  Having had the opportunity to attend the opening, I can say that the artwork on display is worth the trip.  The exhibtion area is also quite unique, as it was repurposed from an old Coast Guard station, located on Betsie Bay, just off of Lake Michigan.  It is a very unique and impressive gallery.

The last few years have served as a transition period with regards to where and how my work is created, which resulted in a reinvention of some of those processes.  Evolution is sometimes a refreshing necessity.

I will be seeking a limited number of models for some of these upcoming projects.  As always, please hit me up if you are interested in collaborating. 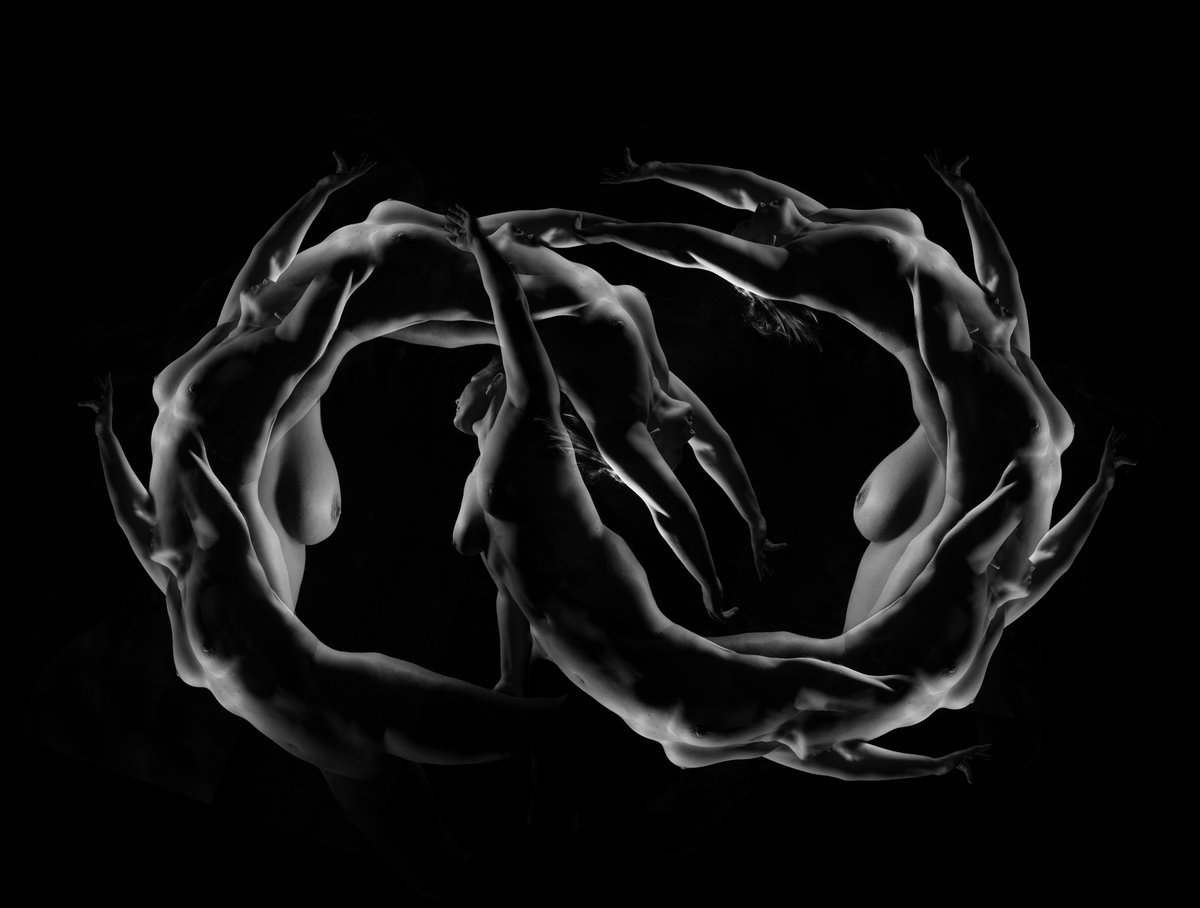 A new piece from my Rhythm's series will be featured in this year's exhibit.  If you're in the Detroit area, and looking for something new and different - this is always a unique experience!

I posted some new updates today to my Figure Studies of the Sleeping Bear Dunes portfolio. These new images are from the Otter Creek / Esch Beach area, one of my favorite waterfront areas of the Lakeshore.

Characteristic of many of the dune landscapes, the Otter Creek area seems to shift and transform season to season, throughout the year. Otter Creek itself can sometimes flow as a simple outlet into Lake Michigan, where other times, it will twist and cleave the length of the beach, running parallel to the Lake Michigan shoreline.

Just east of the beach are lush cedar forests, stands of stark red pine, and steep bluffs, which lead up to some of the more remote gems of the dunes.

This particular day was dominated by a thin haze, shifting and unpredictable lighting, and somber skies that were threatening rain, which I felt really set the mood for the images that were captured.

Beyond that, I am beginning to wind down location shoots for the year. There is a sense that winter is coming on quickly, as the leaves have begun to change rather suddenly. After moving from the studio in Traverse, I have been set on building a new studio on the farm. I am hoping to have this wrapped up in the late fall, however, a lot of work is left to be done. Updates on that to follow...

Until then, I am focused on the Dunes project for the next two months (usually cutting off in October, reasonably). I am always looking for models, so please shoot me a message if you're interested.

Coming to Miami, and more!

ARTUndressed - Miami, FL.
I'm honored to announce that two of my latest pieces will be featured in the sixth annual ARTUndressed exhibition in MIami, FL.  Events will be held in MIami's Wynwood Art District, from May 27-29th, 2016.   ARTUndressed has previously exhibited in Miami, New York, Los Angeles, San Francisco, Dallas, Berlin (Germany), as well as Montreal and Toronto (Canada), and has featured over 120 artists representing over 28 different countries.

This year's exhibition features live music, performance art, film and literary contributions, with over 80 artists in attendance.  Tickets are available via the ARTUndressed website.

Brewery Terra Firma, Traverse City
New pieces from my Detroit series have recently been hung in the taproom as of April 2016.  Stop by, enjoy a local beer and some local art!

Gaylord Arts Council Juried Photography Exhibit
One of my Detroit Ruins pieces has also been selected by the Gaylord Council for the Arts juried photography exhibition, opening on May 3rd, 2016, with an opening reception on May 7th 5-7 pm.

A selection of some of my new, previously unexhibited work will be on display at this year's exhibition.

Tickets go on sale on December 30th, and dates do sell out quickly, so reserve your tickets early!

In case you haven't heard...

A selection of my work from the Detroit Ruins series will be exhibited for the first time in Traverse City.

The show will be "officially" opening May 9th at Brewery Terra Firma, with a reception from 7-10pm.

Terra Firma will also be launching a new beer on May 9th - the Black Bikini Coconut Porter!  Brewery Terra Firma is one of Traverse City's newer brewery's, and boasts a diverse variety of beer, as well as a unique, sustainable approach to beer production.

Stop by, check out some art work, and definitely enjoy some craft beer! 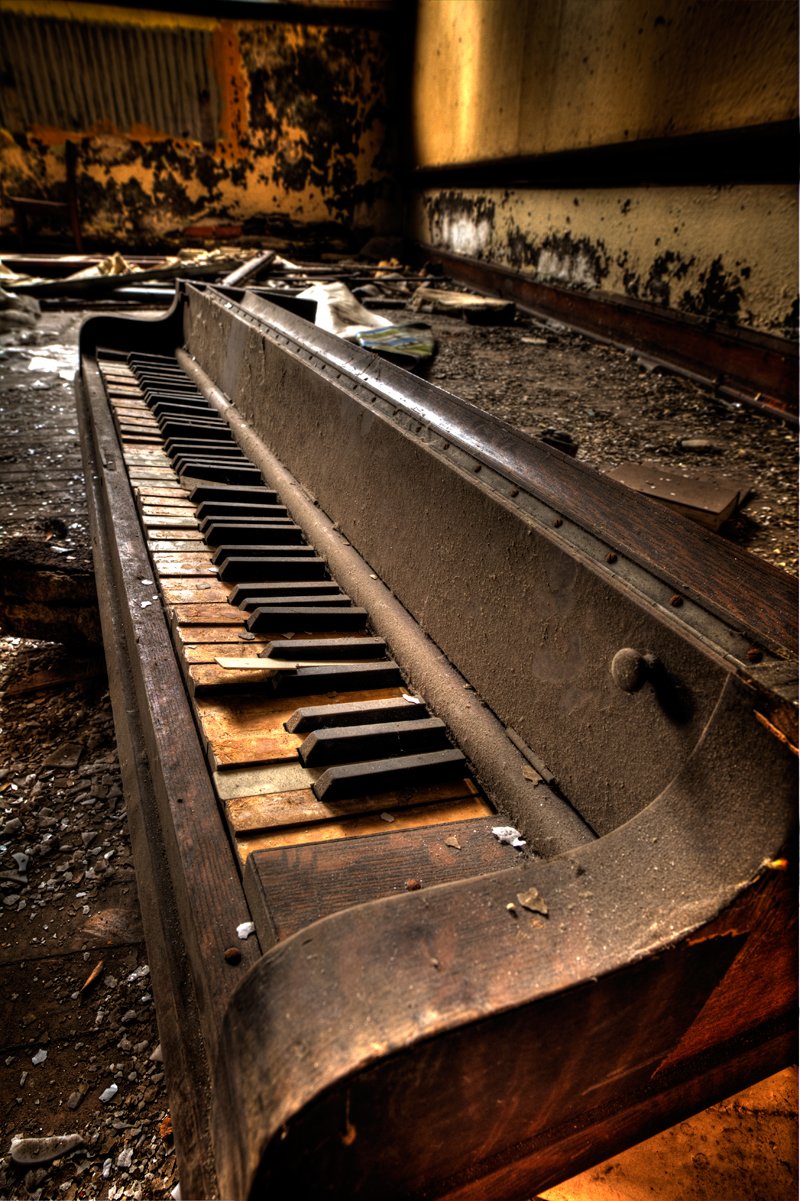 Last month in the studio! 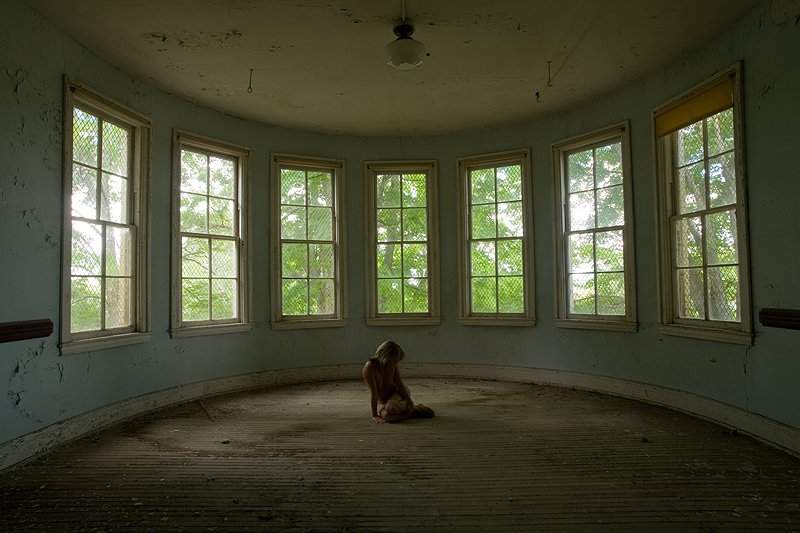 Well, the time has finally come.  My studio space has been up for sale for a few years now.  It's finally sold, which means it is time to move to another location.

This will be the last month I will be shooting at my present studio, and will be closing it down in March.  If you want to get in on any of my studio projects, now is the time to do it.

After March, I will likely begin focusing on my outdoor projects again, which is usually how I spend the summers.  I typically don't do much studio work until the weather is too cold to shoot outside.  As a result, I may elect to hold off setting up in a new location until the fall.

So far, I've managed to change studios about once every five years, for various reasons.  The transition often brings about changes in my work, as I adapt to whatever location I find, and begin reinventing and reimagining the processes behind my images.

If you're interested in getting one last shoot at the old studio, get ahold of me and we can schedule a time and date!

The Holidays are around the corner!

The holidays are upon us!

Winter can get busy in the studio, as I have many people approach me for commissioned art work.  These are usually one of a kind pieces that I will create exclusively for you.  Most of the time it is work created for spouses, girlfriends, boyfriends, couples, etc. Work can range from simple classical figures, to abstract or even some of my hybrid photography process.

This is the type of work that I truely enjoy, as it allows me to create something unique specifically for a client. Likewise, there's no greater feeling that seeing someone so happy when they arrive to pick up their artwork.

My commission work is typically very affordable, depending on what you are looking for.  Pricing includes prints, usually on stretched canvas.